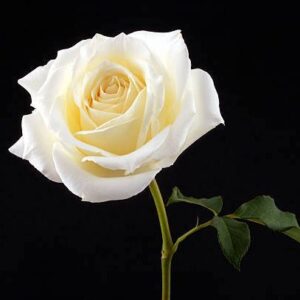 The spring feast* days celebrate hope.  Readers of this blog might find it contradictory for me to celebrate hope after my previous posts questioning hope, the latest of which quoted the line “Hope is waiting around for someone else to do it.”

On the night before Easter, however, I happened to see “Five Last Days,” a movie telling the story of the German resister Sophie Scholl during the five days before her beheading in a Gestapo prison.  Another older prisoner greets her with the sentiment that she and her young comrades give him hope.  To me, that’s what hope should mean. Actively resisting evil, not just resting in the belief that it will end.

Sophie, her brother, and others were in a group called White Rose that distributed leaflets calling out the crimes of the Nazi regime.  During her time in prison, Sophie shared a cell with a Christian socialist resister, Else Gebel, who had been put to work as a clerk during the year she waited to be brought to trial.  Sophie, her brother, and one other member of White Rose were tried and executed within five days of their arrests.  Their activity was considered more a threat to the Reich than Else’s.  They had distributed more than 10,000 copies of their fifth leaflet in almost half a dozen cities around Germany.  The Gestapo was looking for a broader organization behind such a feat.

The movie is based on the recollections of Else Gebel.  Most of the “action” consists of conversations between Sophie and Else.  One of the most moving exchanges occurs as they are lying in their separate beds in the same cell and Sophie begins to recite Matthias Claudius’ poem “Evening Song” Abendlied, which had become a Lutheran hymn.

The moon has risen.
The golden stars shine
in the sky, brightly and clearly.
The woods stand black and silent.
And magically, from the meadows
the white mist is rising.

The English subtitles do not convey the rhyme or the rhythm of the German.

Else picks up the next stanza and they go back and forth through the entire poem to the ending lines, which are even more powerful being recited by two prisoners of the Gestapo, one of whom will die soon.

Spare us punishment, God,
and grant us peaceful sleep –
and also to our sick neighbour.

I was working on this post when I received Timothy Snyder’s latest thoughts about “Russia’s Easter Offensive.”  His reflections on the history of resistance to tyranny in Eastern Europe could just as well be about Sophie Scholl and White Rose.   On one occasion Snyder happened to be at a debate that included the Czech resister and former President Gustav Havel, who had written a piece called “Power of the Powerless,”  In it

Havel maintained that one takes risks for one’s own truths, not because punishment brings some meaning, but because risk inheres in truth. To “live in truth” means accepting a measure of existential danger.  (Snyder’s emphasis)

Further on Snyder quotes a survivor of the recent Russian invasion of Ukraine talking about the murder of community leaders. “They were killed for us.”  Snyder explains:

What is meant is that they died because of how they lived, as servants of their communities. The point, though, was not that their death was redemptive. The murder was a horror.

Like the story of Sophie Scholl and White Rose, we are reminded that martyr means witness.

*Even though Ramadan occurs at the same time as Easter and Passover in 2022, this is a coincidence.  It’s timing is based on the Islamic lunar calendar and moves around the Gregorian calendar.  It’s not a spring holiday.