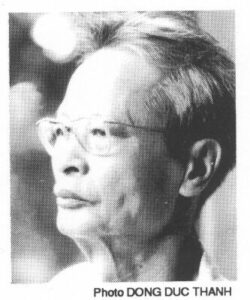 One of life’s mysteries is why some memories stick with us and some don’t.  I’m not talking about the memories of sins we’ve committed or mistakes we’ve made that wake us up as we lie in bed in the early morning.  Good old Catholic guilt preserves those.  No, I’m talking about why we can bring up vivid pictures of some seemingly minor events in our past, but not remember the faces of loved ones who have died.

My current serious reading has brought back a memory from more than 60 years ago when I was in a Dominican seminary studying to be a priest.  I remember standing in front of a classroom in Providence College, facing my fellow seminarians gathered for an evening meeting of some study group.  There I was talking to a  bunch of would-be Thomists about my favorite Greek philosopher, Heraclitus, and his philosophy that nothing stays the same.

Ironically, my predilection for philosophies of change and impermanence has been a constant in my life.  It underlies my attraction to Marx, Hegel, and Buddhadharma.

I’ve followed up my reading of Piaget’s study of the emergence of consciousness and self in children with Trần Đức Thảo’s Investigations into the Origin of Language and Consciousness.  Thao is an interesting character, as well as a deep thinker.  In the 1930s he left Vietnam to study in Paris where he became a student of phenomenology at the level of Sartre and Levinas.  In his first book, Phenomenology and Dialectical Materialism, he argued that the investigative methods of Husserl and other phenomenologists lacked insight into the role of labor and society.

He returned to Vietnam in 1951, the same year that his first book was published. He lost his position at the university in the late 1950s when he criticized the land reform activities of the Communist government, which had resulted in many deaths.  He went to the countryside where he worked on translating philosophical works into Vietnamese and on his second book, the Investigations, which I am reading.  It was published in 1973 at the height of the war, just after Nixon’s infamous Christmas bombing of Hanoi and Haiphong.  Given all the turmoil that war brought to my youth, I’m somewhat dumbfounded at the date this study was published.

At first I was somewhat disappointed in the Investigations.  The third investigation is titled “Marxism and Psychoanalysis–The Origins of the Oedipal Crisis.”  I still haven’t read that one.  Having read Andrew Scull’s Desperate Remedies last year, I’m not looking forward to delving into discredited Freudianism.  The first investigation “The Indicative Gesture as the Original Form of Consciousness” will require re-reading and pondering.

The title of the second investigation “Syncretic Language” is obscure, and much of this investigation is a hard slog through formulas of linguistic patterns.  But I’m glad I stuck with it.  Aside from these formulas, it is interesting how Thao uses the idea that ontogeny recapitulates phylogeny to fill in the absence of scientific evidence for his hypotheses about how the work and the working together of pre-humans and early humans led to the development of language and consciousness.  He constantly refers to Piaget and other child psychologists to point to behaviors that parallel what he argues our ancestors did.  This is a major methodological tactic that requires more support.  It would help if he spoke more in the mode of hypotheses than factual assertions.

In any case, given my Heraclitian predilections, I was quite excited by his closing descriptions of the emergence of the sentence in speech as conditioned by the development of productive labor, which results in an object that is “only a sedimented thing as the stabilized form of motion is applied to it by the worker.”  He then generalizes this insight by arguing that “all human productive labor is only a conscious reproduction of the spontaneous process by which natural phenomena are themselves produced.”  And further,

Every object being constituted by a multitude of particles in motion, its objective form … can only be the general system of the motion of these particles taken in the present moment in its form of equilibrium as motion provisionally stationary.  …  If ‘every made form’ of the object, that is, the ensemble of its properties, is but the configuration of the motion implied in it, there is consequently nothing more to the object than its motion in various forms, so that knowledge of the object only consists in knowledge of its motion.

As a dialectical materialist, Thao deepens this insight.  First, by cautioning against thinking that matter is nothing but motion.  “Pure motion” is just an idea.  “In other words, motion implies a subject which moves, and this subject can only be matter ….”  Matter is what exists independently of us.  But this gives rise to the dialectical contradiction “between the moment of the object and the moment of the form, inasmuch as the form remains constant while the object appears in indefinitely varied aspects.”  Humans can transform this tension through questioning and answering.

My apologies for getting wonky again, but Thao’s writing touches on some of my Buddhist inquiries.  His point about motion having a subject ties to Thanissaro Bhikkhu’s preference for “not self” instead of “no self.”  The contradiction between the moment of the object and the moment of the form echoes Stcherbatsky‘s statement that “The ultimate aim of Buddhist logic is to explain the relation between a moving reality and the static constructions of thought.”

When the Vietnamese regime loosened up in the 1980s, Tran Duc Thao returned to Paris for medical treatment.  He also reconnected with his philosophy buddies.  He died in 1993.