Home Driving under the influence of Dunkin' Donuts Just pour it out! 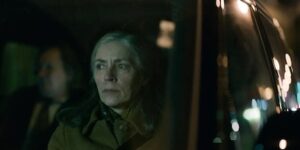 Taking another drink was not about lapsing.  It was about becoming someone she planned never to be again.

That line really resonated with me.  It’s been almost 30 years since I last drank anything alcoholic.  I don’t think about that very much.  When I do, it’s just to remember that I’m not a person who drinks because I’d be drinking too much every day.  Not congratulating myself.  That’s just the way it is.  Now.

Catherine Standish is a central character in Mick Herron’s spy series about Slough House, where failed MI5 operatives are exiled in the hopes that they’ll get fed up and just leave the service.  Playing on the name of their office, they’re called Slow Horses, the name of the first novel in the series.

In the third novel, Real Tigers, Catherine has just met a former colleague who’s offered her a drink, which she turned down.  This encounter is not accidental and is prelude to her kidnapping, which sets off all the turmoil of the story.

I won’t spoil the book for you by retelling the story.  I just want to focus on what happens when Catherine has been locked up in a basement apartment for a couple of days.  The kidnapper who’s been left to watch her brings her a tray of food, complete with a small bottle of wine.  This sets off pages, interspersed among other incidents outside her place of captivity, where Catherine goes back and forth about what to do about the wine.  She can’t eat the food and leave the wine alone because that “would bring the wine into focus.”  She engages in specious reasoning.

If no sober day was wasted, then nobody could take one from her.  Even if today brought a slip, the total would stay the same.  All that would happen was that she would not be adding to it.

I wanted to scream “Just pour it out!”  I couldn’t bear agonizing with her.  Then, the author sets us up with Catherine’s final meditation on the empty wine bottle.  How did it get empty?  Did she drink it?  Only at the end of the meditation do we learn that she has indeed poured the wine down the drain.

I’m so glad that I have three more novels in the series sitting on the bookshelf waiting to be read.  There is also a new one that’s just been published that I intend to get.  The writing is just exquisite, both in style and in content.  The first novel has also been turned into a series on Apple TV.  Saskia Reeves is cast perfectly as Catherine, as is Gary Oldman as her curmudgeon boss Jackson Lamb. Both book and TV are so well done that each can be enjoyed on its own. I’m looking forward to the second season.

Lately I’ve also been reading Elizabeth George’s mystery series about Inspector Lynley.  His assistant, Sergeant Barbara Havers, deeply resents the English upper class of which Lynley is a member.  So far none of Elizabeth George’s characters make one’s skin crawl with haughty class privilege the way that some of Mick Herron’s villains do.  In this third novel, one of them remembers an article about how his caviar is harvested by clubbing sturgeon to death.

The article had been intended to inspire shock, but Judd had barely managed surprise.  That a delicacy for the pampered was acquired through brutality was hardly news.  By any civilized standard, it was how luxury ought to be measured–wealth meant nothing if it didn’t create suffering.  Because the standard liberal whine that the rich were cushioned from life’s harsh realities was laughable ignorance: the rich created those realities, and made sure they kept on happening.  That was what kitchens were for, along with prisons, factories, and public transport.

Ayn Rand would love this guy.