Home Driving under the influence of Dunkin' Donuts Lessons learned 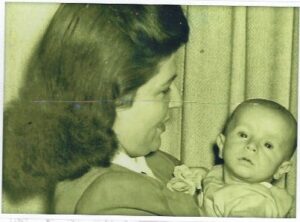 At the close of a calendar year, we often reflect on the events of that year. Birthdays are also an occasion for reflection.  Today I turn 79 and enter my 80th year.

During this past year I have been doing sitting meditation less frequently, and have stopped sitting online with two sanghas (meditation groups).  After Thanksgiving, however, I did Zoom sit with a friend’s insight meditation group in Atlanta.  He had picked a talk about the five hindrances for us to listen to after a 30 minute sit.  The talk and subsequent discussion got me thinking about why I had become somewhat averse to sitting meditation, either solo or with a group.  I began to see that the source of my aversion was the hindrance called “doubt.”

The five hindrances in the Pali canon are factors that get in the way of spiritual progress.  They are: sensual desire, ill-will, sloth and drowsiness, agitation and worry, and doubt.  Although I can see how all five are at work here, as I came to understand how the word “doubt” is being used, it seemed to be the most applicable.

Because leaving the Catholic church almost sixty years ago has been such a big event in my life, I tend to associate doubt with challenging articles of faith.  Or more generally, just beliefs of any kind.  Sister Aloysius in John Patrick Shanley’s play/movie/fable titled Doubt exemplifies how moral certainty can be shattered by doubt.  Through the play itself the audience experiences doubt about what really happened.

The Buddhist understanding of doubt encompasses these kinds of doubts, and more.  When I read one definition of doubt as being skeptical about the Buddha, the teaching, and the sangha, I realized that a lot of my doubt was not about the teaching, but about my fellow meditators.  My tendency to argue with what people said during our meetings had metastasized into doubt about continuing to participate in the group.  Without the reinforcement of scheduled meetings, I began to sit less and less on my own.

The book Working with the Five Hindrances by Ajahn Thiradhammo identified my problem:

Over-reliance upon thinking inevitably results in doubt, since one never knows completely – although some people think they know, rather than knowing that they think.

… we only have answers we have learned. By trying to establish a definitive answer through concepts, we often end up having to hold on to fixed views and then try to defend them….

I think too much.  That doesn’t stop just because I see now what’s going on.  But I can see this insight beginning to affect how I interact with my other sangha, Philly Thrive.  I’ve been working lately with a comrade who I find a bit too “touchy-feely,”  In our first meeting we had to spend half an hour sharing our life histories before getting down to business.  I had my doubts about why we were doing that.  In our second meeting, however, when she began with a check-in to share what’s going on in our lives, I didn’t talk about the issues confronting Philly Thrive and its world.  Instead, I talked about my own struggle with the question of moving up to Boston or staying near Philadelphia friends and Philly Thrive.  Versus moving near to Anne Mei and nearer to two sibs and their extended families.  I actually felt good about opening up rather than sticking with the issues.  Who says that an old dog can’t learn new tricks, even a “double Capricorn,” as I’ve been called by a dharma buddy and by this Philly Thrive friend based on the date of my birth.