Home Who was I? and other inappropriate attentions Reverse engineering (2) 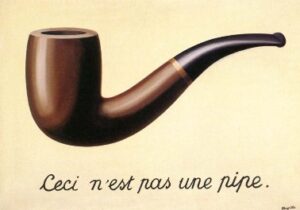 The phrase “reverse engineering” came to me as I was reading Jean Piaget’s exploration of a newborn baby starting to nurse on its mother’s breast.  For Piaget, it is too early in the baby’s development for the baby to be thinking “I am sucking on this object.”  At this stage, for Piaget, it’s pure reflex.

If, to the observer, the breast which the nursling is about to take is external to the child, and constitutes an image separate from him, to the newborn child, on the contrary, there can only exist awareness of attitudes, of emotions, or sensations of hunger and of satisfaction.  Neither sight nor hearing yet gives rise to perceptions independent of these general reactions.

In The Scientist in the Crib Alison Gopnik and her co-authors ask if this isn’t really how adults still first sense “the outside world [as] a play of colors and shapes, light and sound,” other people as shapes that “irregularly make noises,” and each word “as a transitory whisper of a disturbance in the air that last for milliseconds until it’s replaced by the next.”  Their book uses how we learn to answer three questions to describe the process by which we come to recognize objects like a spoon, people like one’s mother, and words as conveying information.  These three questions are:

Other Minds: “how we somehow get from this mad view to our ordinary experience of people”

External World: “We seem to know about a world of objects with properties that are quite independent of us … But all we experience directly is an endless changing flow of sensations.”

Language: Dinner conversation “a blazingly fast succession of finely modulated noises, each just barely different from the last. … Yet for us the words are completely transparent, we experience only the ideas of the people who speak them.”

What occurred to me is that practicing insight (vipassana) meditation brings us back to  a newborn’s awareness of these raw sensations .  Like a baby, we return to functioning without images of objects, without expressed desires, and as Piaget goes on to write, with “a total lack of differentiation between subject and object.”   Buddhist teachings call these the “three gates to liberation,” living signlessly, aimlessly, and openly.

I’ve described before how we don’t have to wait until we’ve achieved some higher state of enlightenment to use this process of watching the raw sensations to deal with minor irritations or distractions as we’re trying to meditate.

The monk Rādha asks the Buddha how to train further without these conceits, images, and objects. In his answer, the Buddha says that we can do this by taking each aspect of experience as “This is not mine, this I am not, this is not my self.” (SN 22.71).  In Pali he says that by getting past me-talk and thing-talk, in this way we will very wisely see yathābhūtaṃ.  Most translators render yathābhūtaṃ “as it really is.” For the Pali English Dictionary: “Yathābhūtaṃ refers to: in reality, in truth, really, definitely, absolutely; as ought to be, truthfully, in its real essence.”

Let’s keep it simple.  Like a baby. To see our world “as it becomes” does not mean to penetrate some ultimate level of reality. Not even some ultimate insight into ontological depths. It just means we get “me” out of the picture. When we can lay those conceits and objects down, we can see our experience as it becomes and has become.

In Buddhist terminology, he [Gautama] could see the world yathābhūtaṃ …. That ability, though unusual, was natural … and sensory. He did not see a ‘pure world,’ some supersensory vision of perfection, heaven, or utopia. He saw the world as it is, with all its suffering, etc., but without craving any part of it, without hating any part of it, and yet without ignoring any part of it.

That is, without “me.” Letting go of “me” and “mine” is not an easy feat because so far we’ve navigated with them as signposts. This difficulty (dukkha) contributes to the view that we have to go beyond or beneath some “conventional truth” to see “this,” to see what we’re looking at as it becomes. When using thing-talk to discuss how we see the world, “ultimate truth” arises as a sign of “I” hanging on.